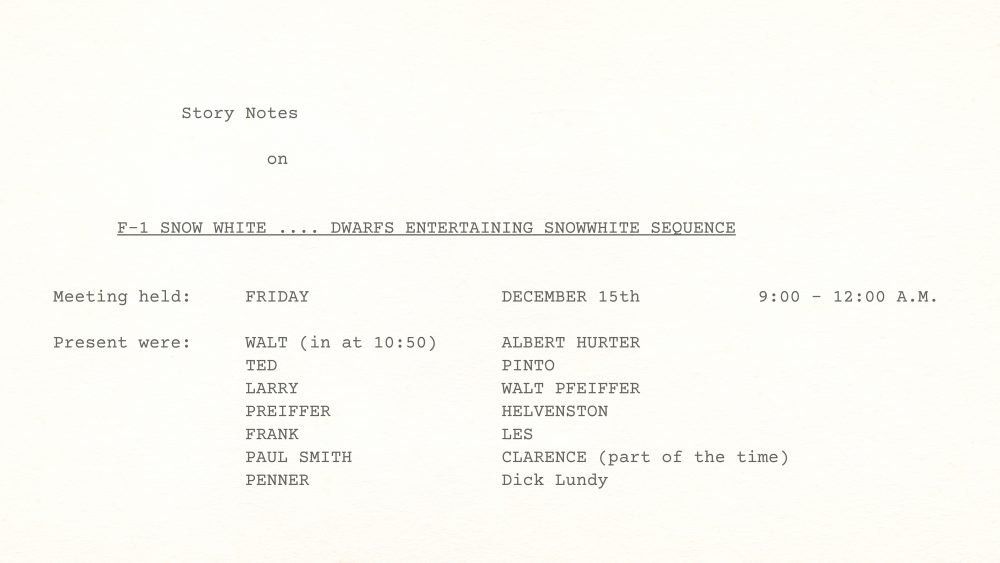 This document has two different dates, December 15th in the header and December 13th at the end.

It was a very involved meeting and typical of most story meetings that follow — I think they’ve got into a groove, and since it works, they’ll keep this method.

It’s a very creative process they’ve now developed, throwing out a lot of options and talking through them.

They’re not just entertaining with a song, but using the song to highlight the characters.

Really funny stuff of only seeing the dwarfs feet as they dance behind a scroll.

To add a contrast (one of the basic tenets of entertainment), they suggest having just one dwarf sing in deadpan, “which would bring out the exaggerated elaborate efforts of the other dwarfs.”

A lot of effort is put into setting up EVERYTHING — it doesn’t just happen, there’s a logic behind everything.

A lot of good story technique in this document — well worth the read!