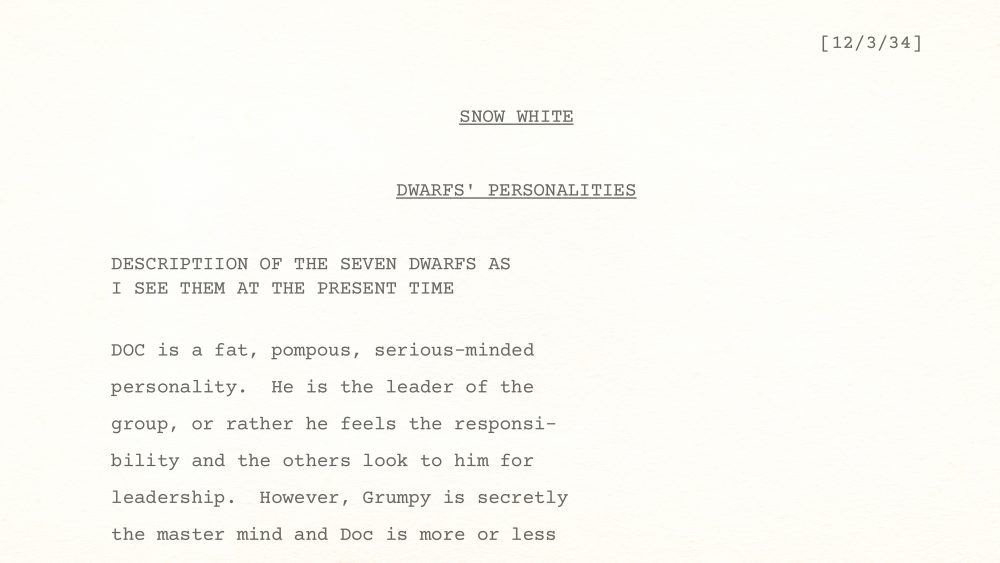 Dwarfs’ Personalities as Walt Sees Them at the “Present Time,” being December 3rd, 1934

At the same time Walt is developing the Snow White story continuity, he is also working on the more nebulous task of developing its character personalities, particularly the dwarfs.

He obviously believes that these dwarf personalities must be developed early in the story continuity process, presumably because they will inherently effect that continuity.

I particularly found it interesting, in this document, that Walt pegged Dopey’s emotional personality to that of a 2-year-old.

The entire document is a run down of each Dwarf’s story personality “at the present time,” being December 3rd, 1934… all in the continuing evolution of Walt Disney’s Snow White and the Seven Dwarfs.