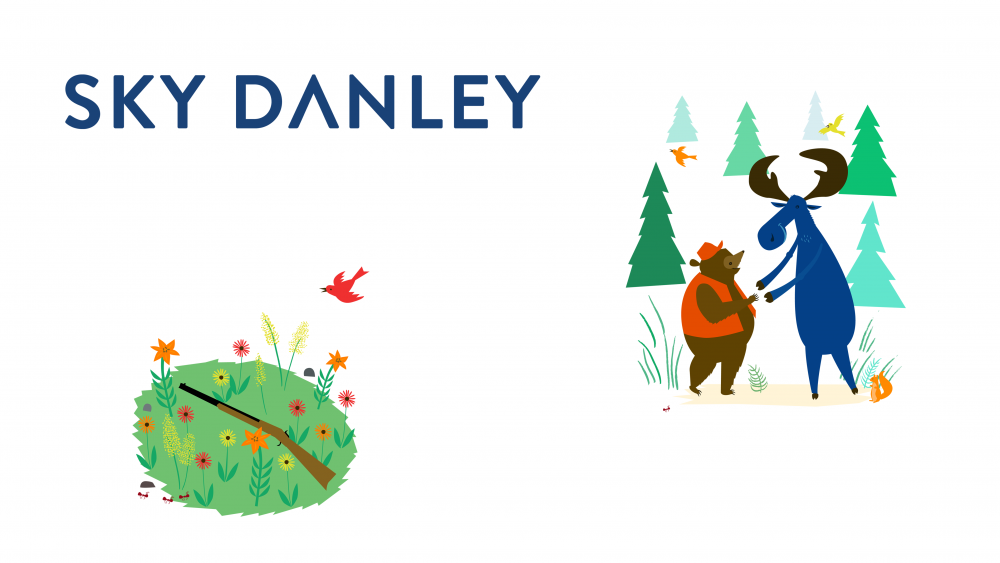 Placing a “Sensitive-Topic” in a Children’s Picture Book

The anti-aggression/anti-violence topic is, surprisingly, an extremely sensitive topic when used in children’s media, more so today with society’s ever-increasing violent acts.

It’s an extremely complicated but important issue to address, though, in the hopes of reducing it, especially in future generations.

In the book, an aggressive hunter bear is offered that alternative, and after thinking it over, rightfully abandons his aggression in favor of friendship and enjoys the fruits of this positive choice.

Because of my strong belief in the power of the visual, especially among children, I’ve tried to convey this concept in the illustrations, with the text added only as a reinforcement.

It’s a soft sell, but a positive one, and I hope it serves as an illustrative role model, leading more children, as they grow up, when faced with a choice of aggression or friendship, to chose the latter.