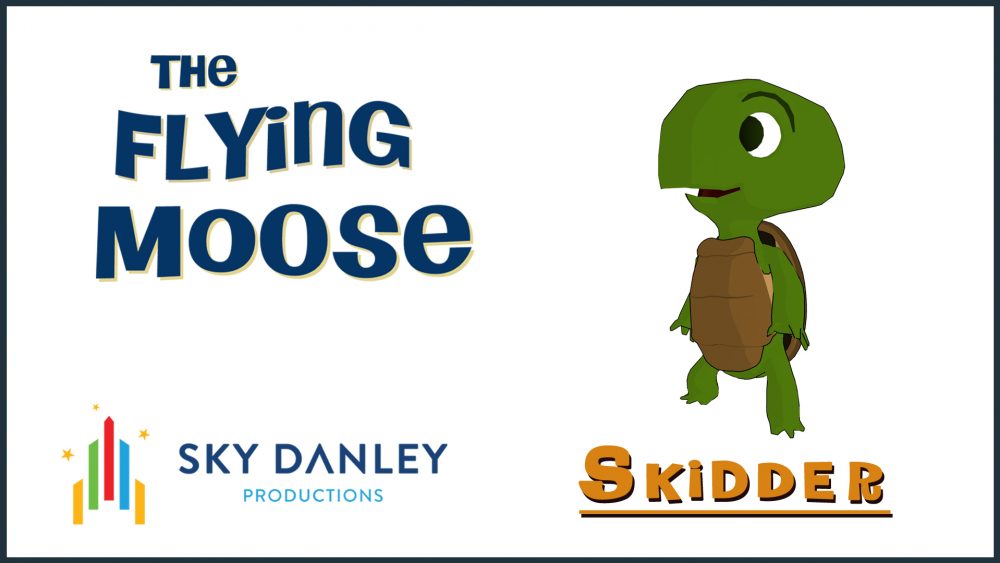 ‘SKIDDER’ the Kid Turtle, a character design from THE FLYING MOOSE Cartoon

One of my character designs from The Flying Moose cartoon. I first drew him with a pen and paper, settling on the design, and I then imported him into Autodesk Maya and modeled him as a 3D polygon structure. I also did the rigging, which means giving him a skeleton for movement and facial blend shapes for expressions.

He’s one of two kids in the cartoon, the good kid (the other’s nickname is Brat), and Skidder’s goodness plays an important role at the end.

THE FLYING MOOSE, a seventeen-minute animated cartoon coming soon to a Film Festival near you.