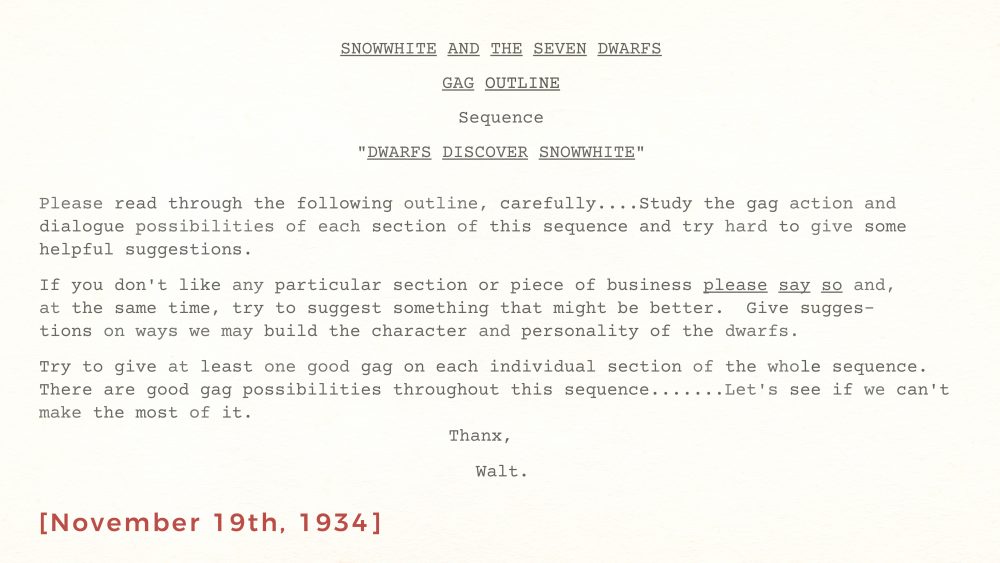 I love Disney’s gag outlines because I believe gags were inherently integral to Walt’s success.

Due to the importance Walt placed on gags, he solicited from all studio employees to get the greatest potential, and this is an early gag solicitation example.

Interestingly, this very early document has the Dopey swallowing the spoon gag business, which was subsequently animated but later cut from the final film.

Walt seemed to be spending a majority of his Snow White efforts around this time period developing this “Dwarfs Discover Snow White” sequence.