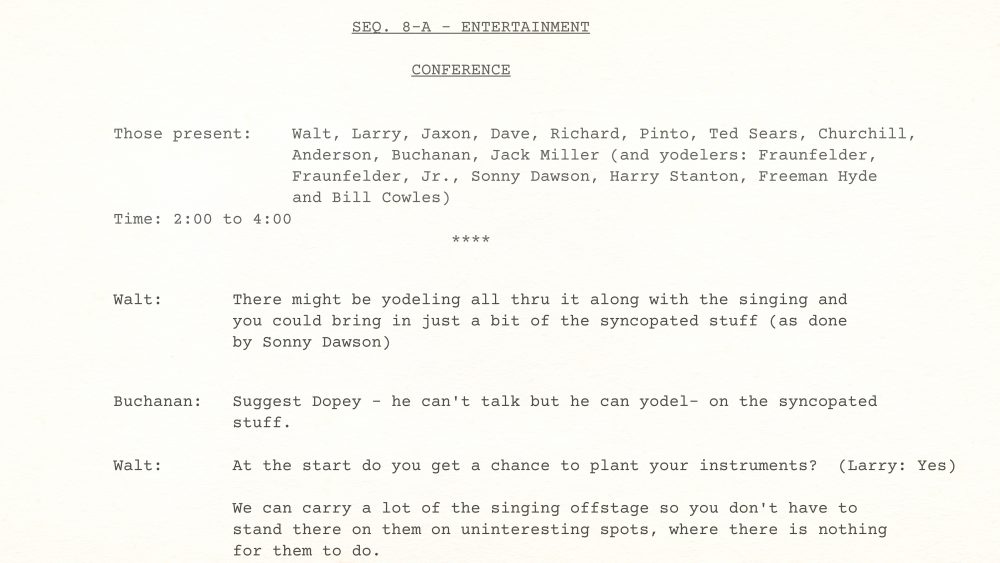 It appears that this story conference was supplemented with a lot of storyboard sketches, which we don’t have, but you can pretty much follow the thread without them. A lot of voice people also present.

One of the listed participants is “Buchanan,” who I’m assuming is Stuart Buchanan, the voice of the Huntsman. He was also a casting director for the studio.

I think the most interesting comment/revelation came from Walt when he talked about music in the film, going for a more timeless/ageless feel as opposed to contemporary — very forward thinking:

“Just some of it would be good if you could work with it. I don’t like the Cab Calloway ideas or too much OH-DE-OH-DO. Audiences hear a lot of that stuff. If we can keep this quaint it will appeal more than the hot stuff. It can be peppy, but let’s watch out about getting too modern, because audiences get over-doses of that. A modern touch to something old would be all right.”

Other than that, it’s a primary source so it’s best to read, judge, and enjoy for yourself.