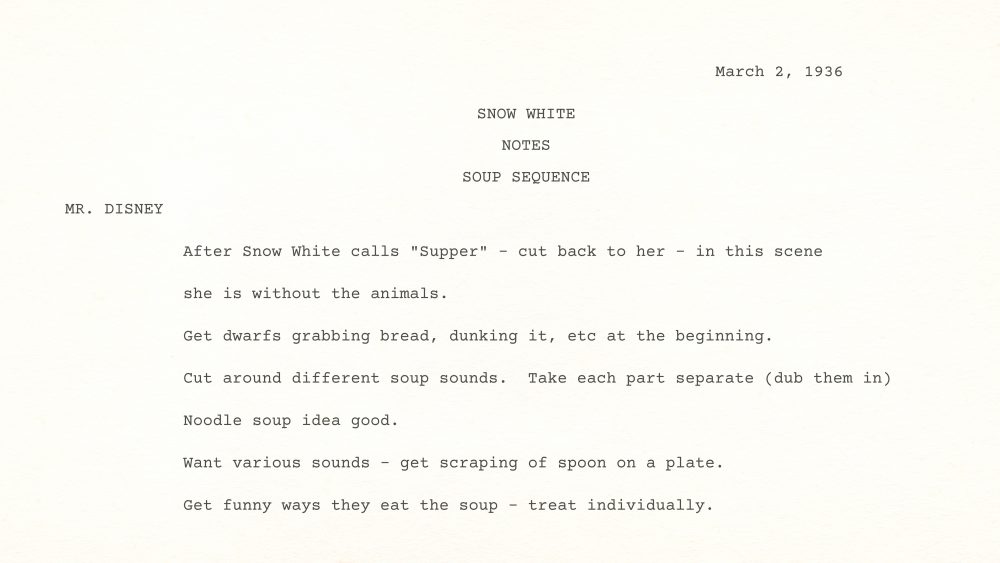 One of the gags they discuss is a dwarf’s hat going up and down while he eats.

The “hat gag” is Disney’s oldest and most often used gag. It first appears in Walt’s Kansas City days, and is used extensively throughout his film career, including use in his last films.