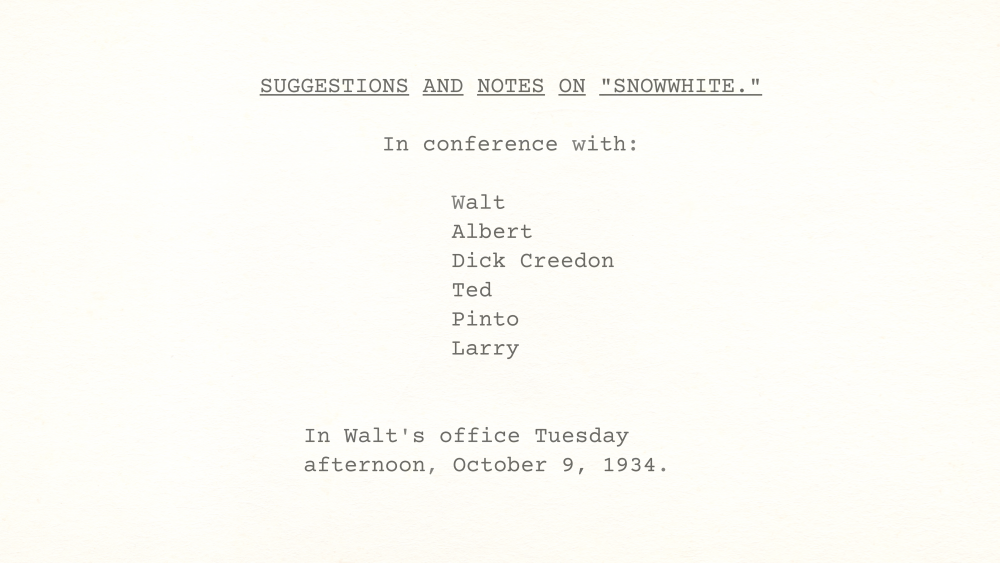 Here’s the 2nd earliest Snow White story document I have, and I just noticed that these early documents are from this month, October, only 85-years earlier.

By the time of this document, it’s amazing how much effort has already gone into Snow White’s story construction, and you’re really starting to see the character personality development.

A trick they used was to not simply start-out creating a new personality from scratch, but to mimic and build upon an already well known live-action personality.  Before the process was over, though, most of these characters did evolve into their own unique personalities, removed from the original live-action reference.

It’s a fascinating document (click on image below to open):