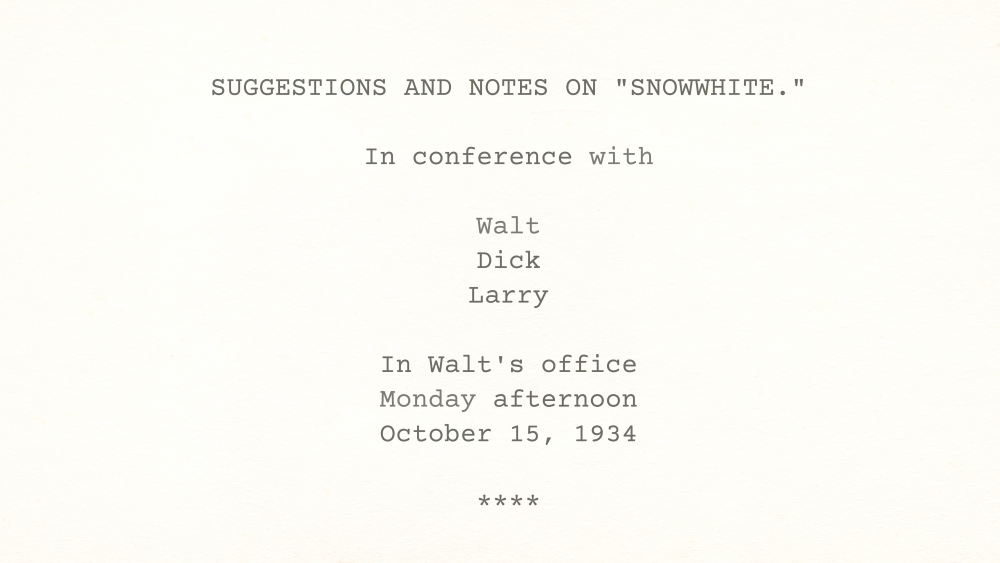 October 15th, 1934, appears to be a relatively short meeting between Walt and two of his story men, Dick and Larry.

They only addressed first names in the transcript header, but I’m pretty sure the referenced Larry is story-man Larry Morey, who was assigned to Snow White early-on to arrange and set dialog to music.

As for Dick, it could be either Dick Creedon or Dick Lundy.

I’m going to guess Dick Creedon because it’s my understanding that Dick Lundy didn’t enter the Snow White Production until after completing his work on THRU THE MIRROR.

This meeting discussed both character personalities and story businesses.

For the personalities, there was a lot of discussion about Grumpy, in which they were going to use a personality reversal: Grumpy evolving from not caring about Snow White to caring very much.

Reversals are very effective at both capturing the audience’s attention and giving them an entertaining satisfaction.

The PDF can been seen here (click on image):