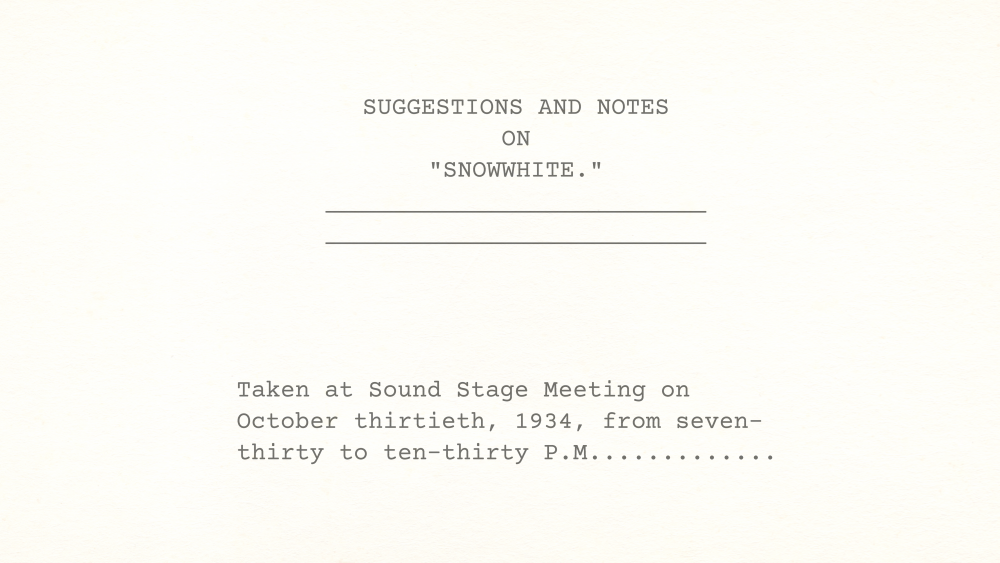 SUGGESTIONS and NOTES on SNOW WHITE taken at an evening Sound Stage Meeting on October 30, 1934

It seems unusual that this meeting took place both in the evening and on a sound stage, which is a rather large room. All earlier meetings took place during the day in Walt’s much smaller office.

It makes me think there were a lot of people present, and possibly, this is the event that Ken Anderson remembers as Walt giving a group of employees 50 cents to go out and get an early dinner and then return to a sound stage, where Walt proceeded to act out the entire story of Snow White.

Additionally, these meeting notes are very sparse for a 3-hour meeting, which again would make sense if most of the time was taken up acting out the story.

I don’t think there’s enough evidence right now to really know if this was THAT meeting or not — but I’m actively searching for anything that could add more clarity.

If anybody knows anything more about this, please let me know.

Click on the image below to view the meeting notes: