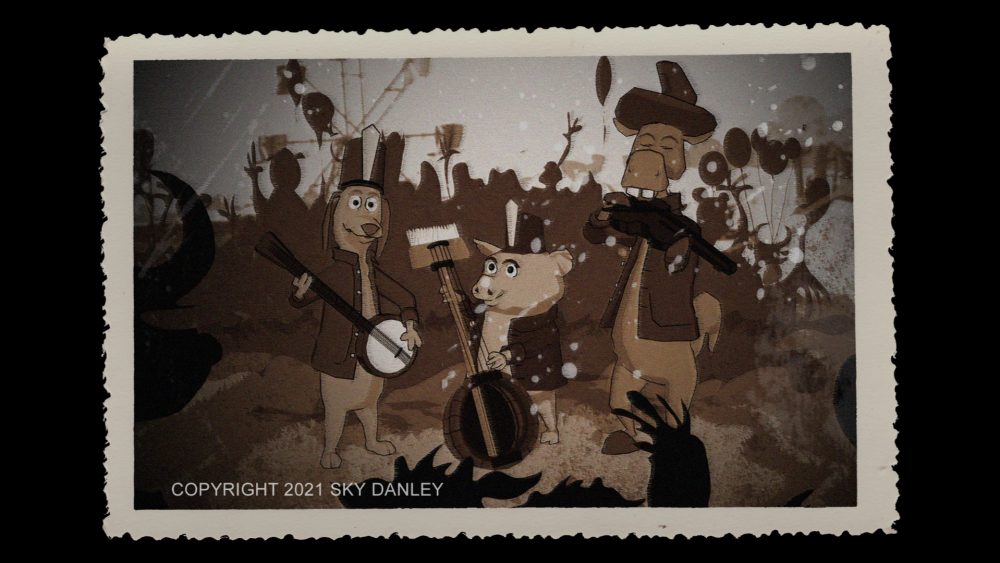 My 17-minute cartoon, The Flying Moose, is entering post production and I’m working on the opening credits and theme music.

A rough edit of these opening credits with the music montage is now posted on this site’s home page.

Since the cartoon takes place in 1903 (the invention of the airplane), I tried to give the credits an old time feel with both an old time piano soundtrack and old looking photographs as backgrounds under the credits.

For the old photographs, I found some beautiful old ‘Cabinet Card’ photographs, took their paper frames, and then inserted actual stills from the cartoon in an aged overlay look.

Without further ado, here are 7 film stills culled from the cartoon and used as opening credits photo-backgrounds: