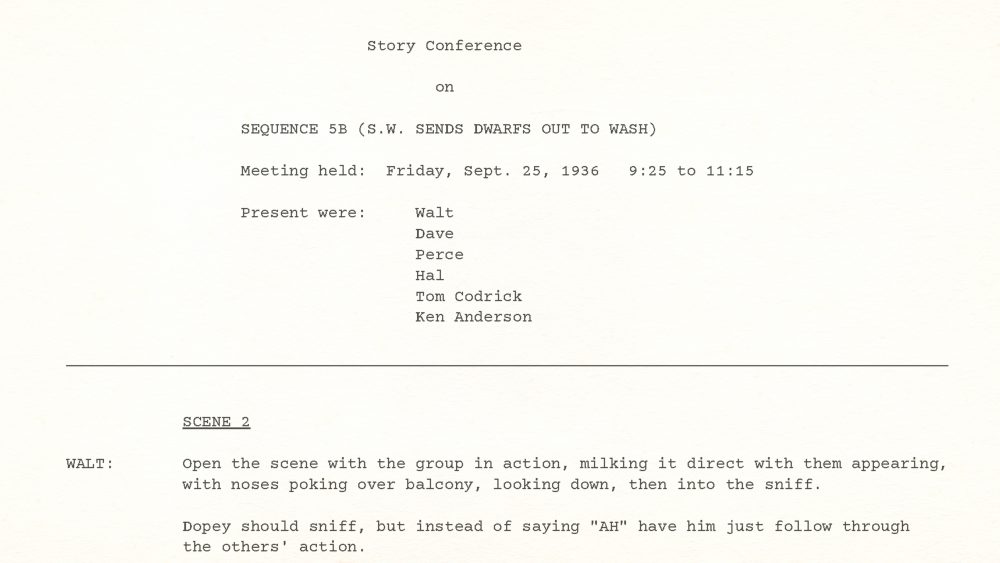 In a continual effort to create a better product, these historical story meeting transcripts are the result of Walt first setting up a system of story conferences to discuss the bettering (‘plusing’) of stories. However, Walt became frustrated that so much of what was discussed was either forgotten or otherwise not implemented, so he ordered all story meetings to be transcribed so a record could be adhered to.

Fortunately for us, these transcripts provide an opportunity to be in the room as they created, allowing us to learn from trues masters.

The attached is a Disney story meeting that revises the ‘dwarfs being sent out to wash’ sequence. I won’t recap the meeting because it’s best that you read/learn from the primary source.

Click on the below image to read the document as a PDF.