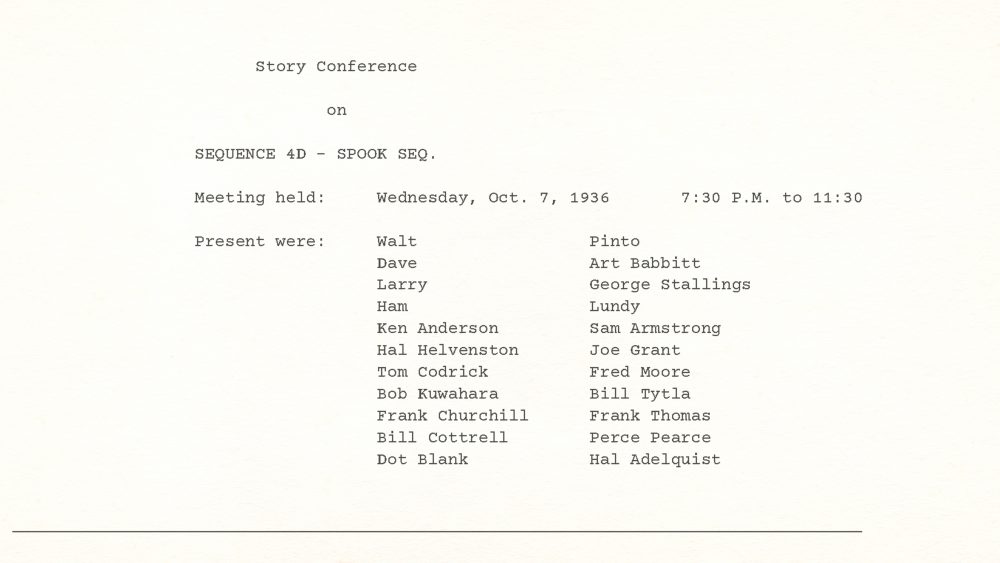 I’m trying to get these transcripts out at a faster pace, so I don’t have too much to say about their process in this meeting — the best way to understand Walt’s and his team’s process is to read the transcripts. It’s an invaluable ‘primary source’ that I’ve personally learned to much from.

I must comment, though, that I liked Walt’s suggested visual gags after the sneeze, particularly the chair: “After Sneezy sneezes, let the wind catch the dwarfs, taking a couple of them out of the scene, and the others fighting the wind. A chair can come in and catch a dwarf and will go riding along in it, another dwarf can be spinning along on his fanny across the floor.”

And in case you were wondering (from Dave Hand’s comment at the bottom of page 4), a “Joe E. Brown yell” is: https://www.youtube.com/watch?v=Jphqyhr6TGg

Without further ado, click on the below image to read: