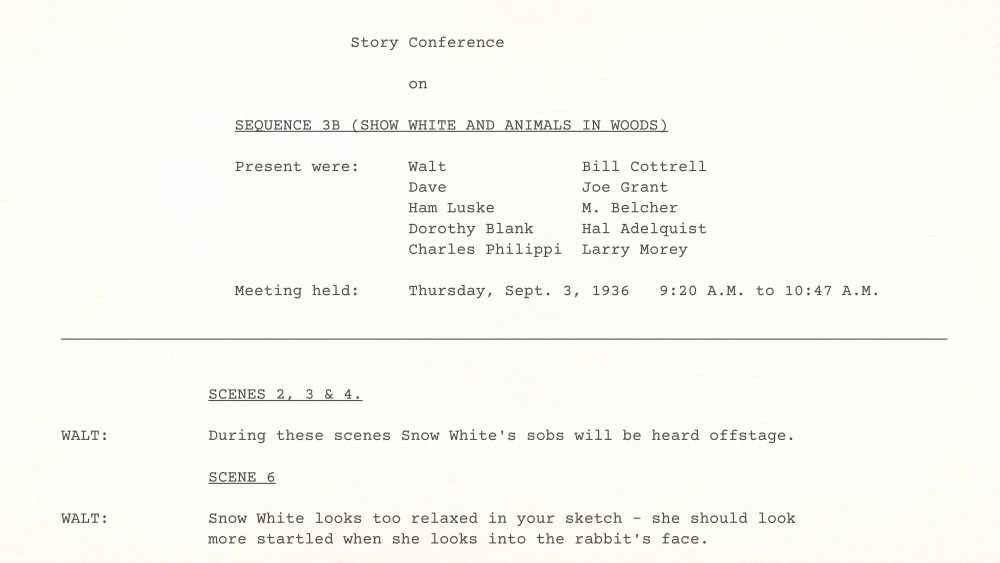 Not directly related to the story line but a very important technique of Walt’s entertainment value is INCIDENTAL ACTIONS:

“WALT: As an incidental action, when the turtle gets up from the water water should be seen running out of the holes in his shell – don’t make anything of it, or have any stop for it – just incidental.”

“WALT: One little squirrel could be on a branch and try to leap to the next tree and fall – just an incidental action.”

It’s best not to go from point A to point B in a straight line, but to instead stop and move about a bunch of incidental actions.

The meeting was brief (as far as transcript goes) and to the point, mostly discussing story sketches: