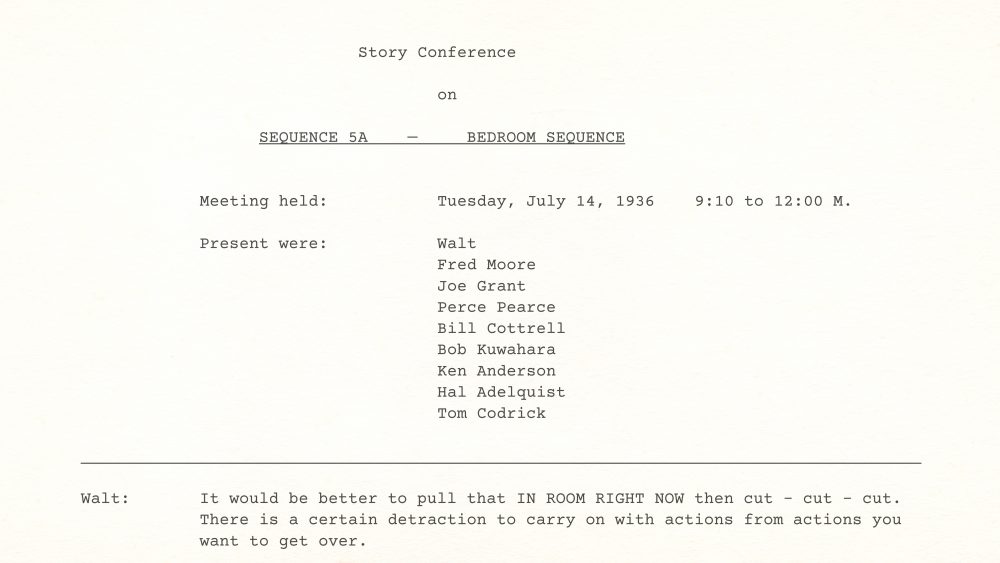 A lengthy story meeting, considering how short the sequence is. Actually, the final sequence was cut back a lot from what was discussed here. For example, the fight scene completely gone, and a lot of the dialogue gone.

Interestingly, they (concernedly) discussed how much of this sequence was dialogue, 450 feet of 650 feet total, a very high ratio — but again, as was Walt’s technique, a lot of that dialogue was cut down or completely thrown out– his technique instead being the telling of story through the visual.

I just watched Disney’s new Raya and the last Dragon and was taken aback at how much of the story is driven by dialogue — it was incessant, like waves crashing ashore. I wasn’t involved in Raya’s story creation, but I would place a large wager that this story had a heavy influence from the script-writing technique, certainly not from the story conference technique, a great example of which is posted directly below: