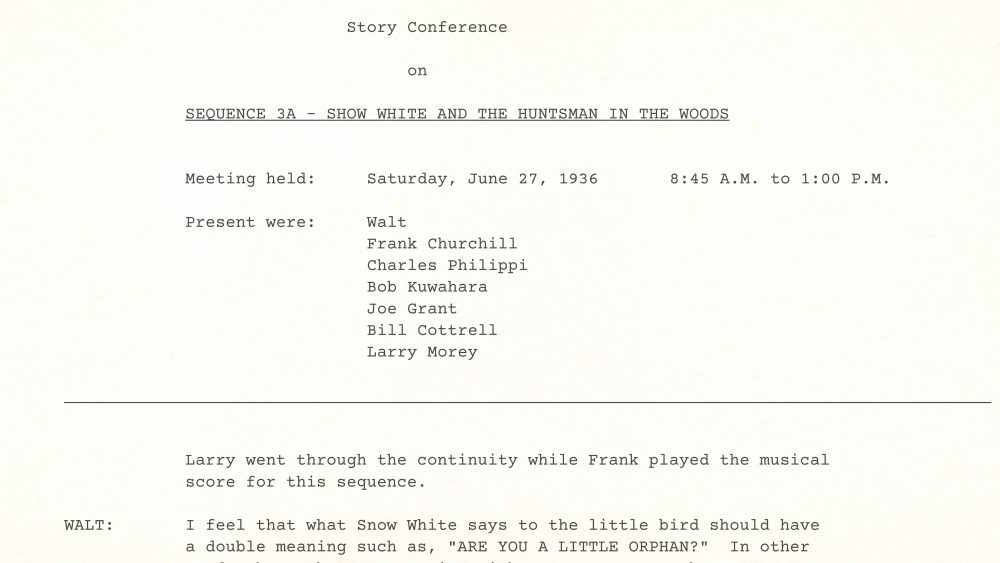 Just a couple of comments of the Disney story structure method that came out in this meeting:

Early on, Walt commented both “Get the contrast in there” and “that is a good contrast.” You will always see a lot of contrast in Disney story.

Walt stated “That would be better than a long bunch of dialogue.” Disney always tried to minimize dialogue — “showing” instead of “talking.”

“WALT: Yes, but I say there are birds and she sees just this one little bird, maybe, with his foot caught in a twig or something and is held there and she helps the little bird along.” Setting up sympathy for the character, through what a sociologist would call indirect reciprocity. After this set up, we now, as an audience, don’t want to see that character get hurt.