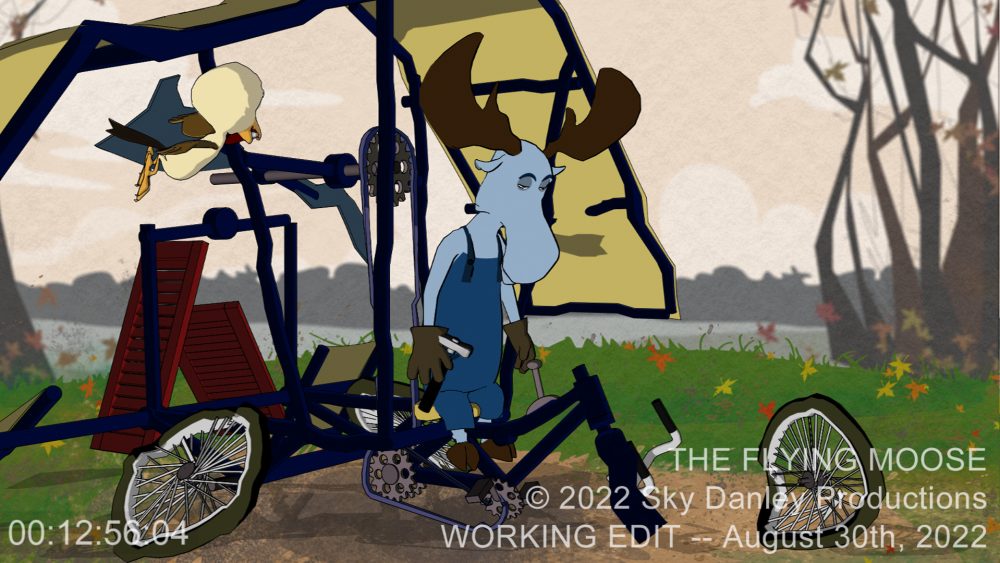 In the 1930s, The Walt Disney Story Department developed a very effective technique of increasing the happy or sad feeling of their scenes by transitioning from the opposite in their previous scene.

I used this technique in my soon to be released animated short, The Flying Moose.

The downbeat scene is posted below, and it transitioned from a really happy, upbeat country fair scene just prior.

My upcoming short celebrates the innovation, creativity, and perseverance required in the invention process.

In this case, the short celebrates the invention of the flying machine. It be released next year during the 120th anniversary of the first powered, controlled flight (Wright Brothers at Kitty Hawk, 1903).