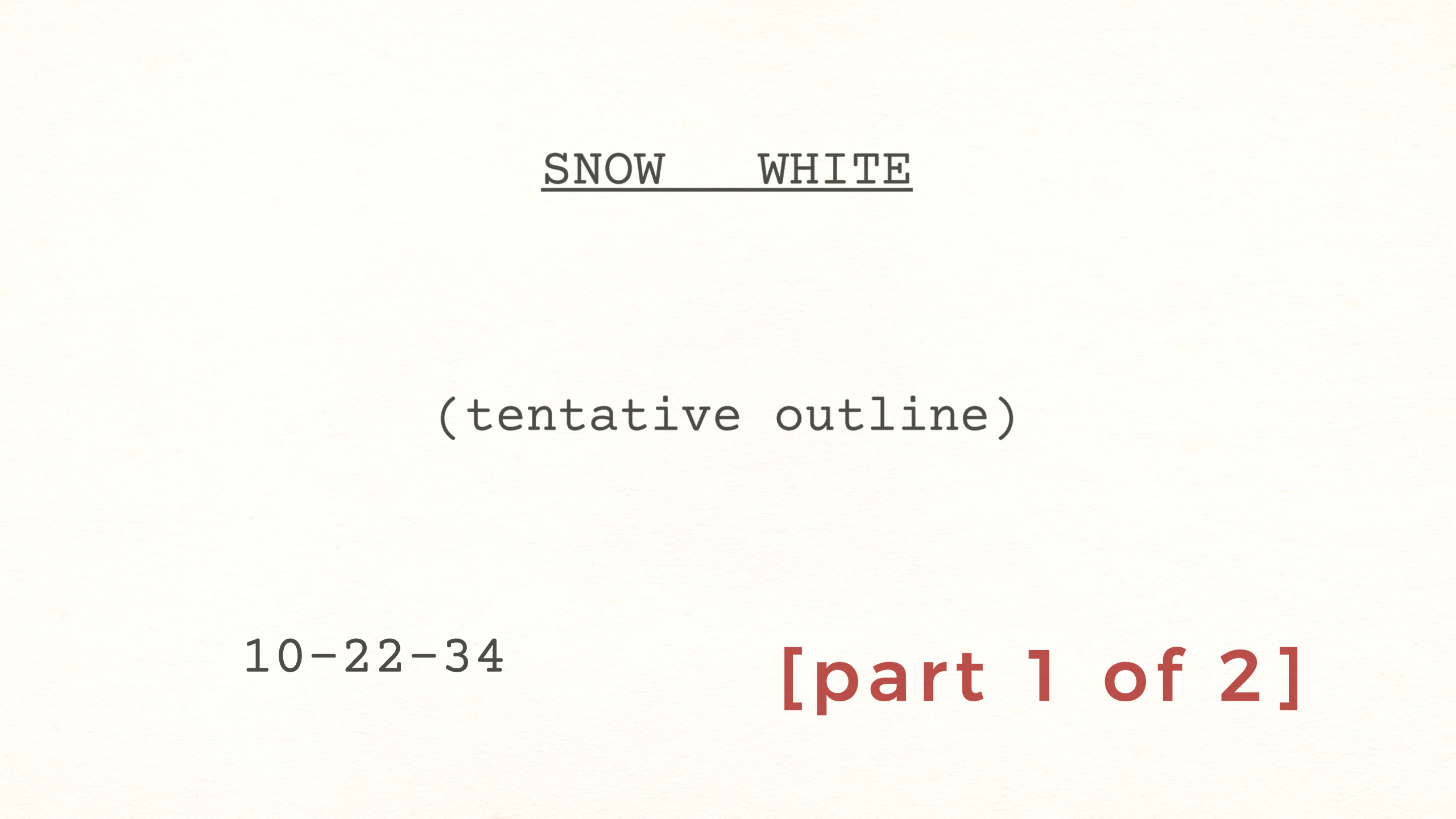 I am absolutely amazed at how far the story has progressed by this outline. It was later tightened up by removing a lot of the action (e.g. it went from two poisonings of Snow White to just one poisoning), but not too much plot action was later added. I personally would call most later work “tuning” but they called it “plusing.” And for sure, a lot of “plusing” did take place, which took an extraordinary amount of subsequent effort.

You will notice that this document’s final scene, THE POISON APPLE, is the most developed. It’s probably because Walt revealed in an earlier story meeting that his story process is to lock down the ending before developing the rest.

Other than that observation, I won’t give anymore analysis because by posting primary source documents, you can read and infer for yourself.

These are this document’s outlined scenes:

THE DWARFS RETURNING FROM THE MINES

THE QUEEN PREPARES THE POISON COMB

THE DWARFS LEAVE FOR THE MINES

Because the document is so lengthy, I’ve broken it into two parts. The “Gag Sheet” part will follow in a later post (part 2 of 2), but for now, here is part one (click image to open):